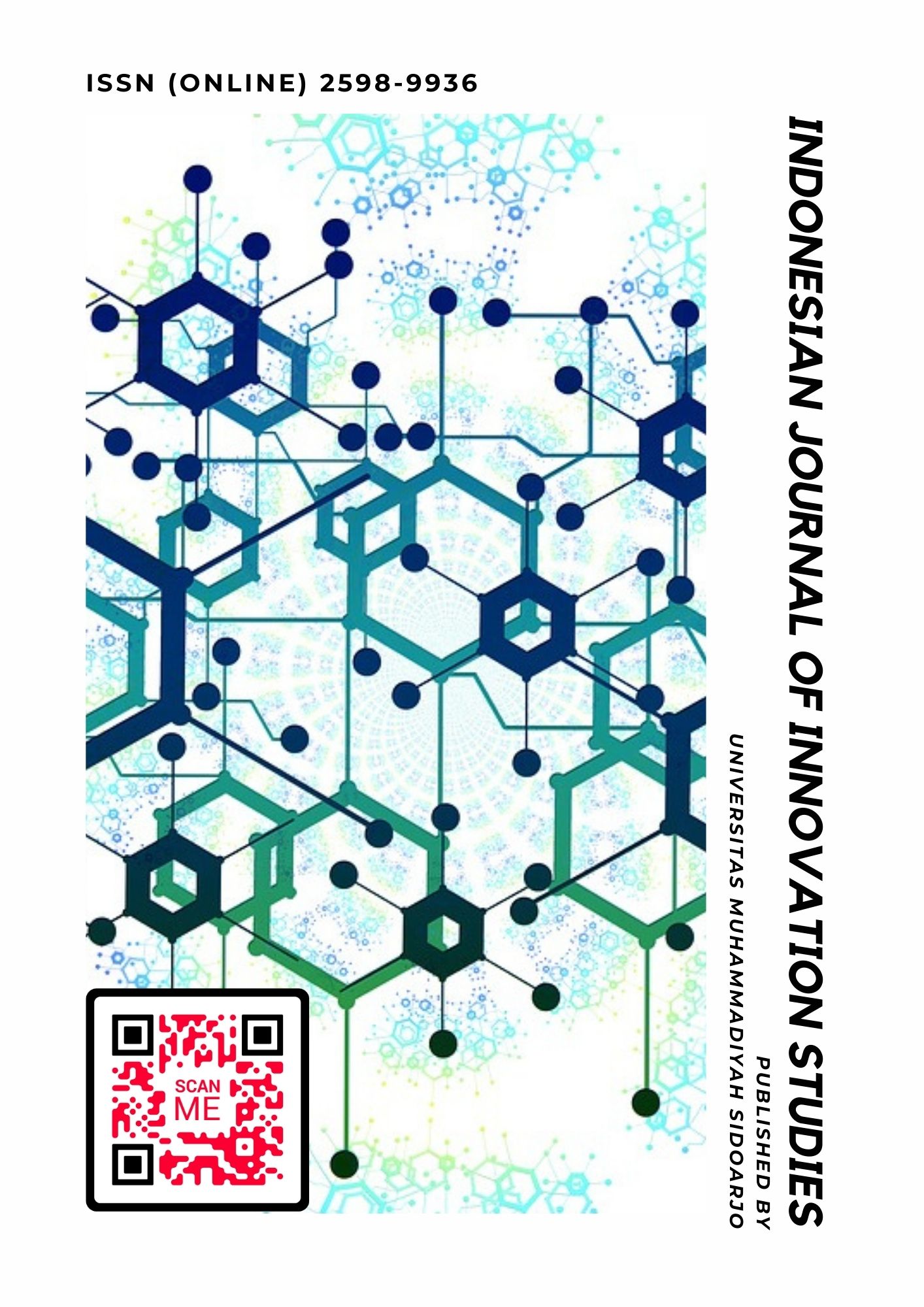 Psychological Aspects of the Formation of Ethical Relationship in Preschool Children

Doctoral student at the Department of General Psychology

The article is a study of the problem of psychological features of the formation of moral behavior in preschool children on the basis of scientific, theoretical, methodological, socio-political sources, analysis of the current situation in practice. It describes how to define and justify the relationship between the concept of moral behavior in preschool children and the psychological and social moral characteristics of children.

The historical development of universal human culture is assessed by the degree of humanization of relations in society, the expansion of the sphere of influence of spiritual morality in people's lives. Understanding the problem of the formation of moral qualities, it is necessary to identify the real sources of moral and immoral behavior of people, to determine what are the norms of morality and behavior. The definition of "morality" is discussed as "a set of real relations arising between people, which are evaluated from the point of view of good and evil in accordance with generally accepted norms" [1]. Morality is a need developed by a person in accordance with customs, social environment, education and behavioral experience, a moral norm of attitude towards the world around, towards people and towards oneself [2].

Morality is the inner (spiritual and mental) qualities of a person, based on the ideals of good, justice, duty, honor, which are manifested in connection with man and nature [3].

Morality is understood as a set of norms that regulate people's behavior, attitudes towards society. All norms designed to regulate and control human behavior are inherently ethical.

Any moral norm expresses and regulates a person's attitude to society. Often, the interests of the individual do not completely coincide with the interests of society, politics, and the state, and as a result, difficulties often arise. Everyone who enters life learns these norms from the people around them and makes them a regulator of their social behavior.

Morality is a set of existing norms, ideals and principles that determine the values ​​of each person in society and are accepted by him as his personal property [4]. Personality is a morally oriented person, capable of taking moral responsibility for decisions or actions, showing self-esteem and striving for self-improvement [5].

Anyone, young or old, experiences certain feelings when they realize or violate moral norms in their behavior. Concepts such as "good", "honor", "conscience" and "justice" are supported by morality. All of these ethical qualities are evaluative. “When teaching a person, it is important to make sure that moral and ethical truths are not only understandable, but also become the goal of every person's life, personal happiness” [7]. Moral culture is an integral part of a person's moral culture because it encompasses a wide range of a person's lifestyle, including his or her values ​​and spiritual needs, transforms a person and determines his or her spiritual and moral characteristics. his self-improvement. Therefore, speaking of moral qualities, it is necessary to define the "rules of etiquette." Ethical rules are an established order of behavior under certain conditions in any social environment. Human morality is a culture of behavior with high moral qualities, it is a manifestation of respect for the people around. Morality is an important basis of social life as a subject of moral education as the property of the individual and serves as the basis of the moral culture of the individual.

Ethical attitudes relate to attitudes towards society, work, people and oneself. In this regard, the problem of the formation of ethical relations has always interested many scientists. For example, Ya.A. The main achievement of Comenius was that he came to the conclusion about the existence of objective laws of the educational process. Comenius paid special attention to the issues of moral education, and all his major works, including "Great Didactics", have always been his dream of high trust and prosperity of the human person. Consequently, human excellence is certainly characterized by its embodiment and formation on the basis of moral rules.

The definition of moral education in the dictionary of S.I. Ozhegova: “The upbringing of inner spiritual qualities and moral norms guided by a person is determined by the rules of behavior determined by these qualities. Thus, the formation of moral qualities plays a key role in the general system of personality formation and is a process aimed at the formation and development of the child's personality as a whole, involving the formation of his attitude to the Motherland, society and society. , people, work, their responsibilities ... and it is important to awaken in front of me the desire to notice what needs to be done to make life better. The task of forming moral relations is for adults to transform the socially necessary needs of society into internal stimuli of the personality of each child, such as duty, honor, conscience and dignity. The formation of human moral qualities begins at birth. Even in a preschool institution, children have elements of morality, their first feelings and ideas arise, and the simplest abilities of moral behavior develop. Forms of behavior in preschool age and relationships with adults and peers.

The simplest moral knowledge and feelings serve as the basis for new forms of moral behavior, consciousness, emotions, relationships in kindergarten and primary school. There is a dialectical connection between upbringing at later stages. Therefore, the positive moral experience of children is of paramount importance for moral education. Upbringing continues mainly, first of all, in everyday life, in which the child gets used to adhere to moral norms, rules, principles and can be convinced of their necessity. The actions of preschoolers are ethical even when they are associated with the public interests of others, as well as with public life [8].

Thus, the moral principle permeates all the multifaceted practical activities of the child, his emotional and intellectual spheres. Whether children are studying, playing in the backyard, or in a city park, positive or negative moral qualities are reflected throughout their activities. However, knowledge of the moral standards of a child does not yet fully reflect the characteristics of his upbringing. It is important that well-understood ethical norms become the motivation for the behavior of every little person, so that the child does not hesitate to make the right decision in any situation that complies with generally accepted norms and rules of behavior [9]. This means that although the active social position of children is not yet fully formed, independence differs from children of other ages in terms of self-government and self-expression.

Among the most important innovations of preschool age: visual thinking, imagination, subordination of motives, elements of arbitrariness and reflection. The emergence of the position "I am" at the age of 3 leads to important new formations in the mental structure of an adult preschooler - self-esteem and self-awareness, which ensures a truly active position of the child at the beginning of his life path. the formation of his "I". The preschooler first separates from the adult and reveals his "I". In general, the functional system of this stage of ontogenesis consists of the rapid development of the child's mental, motivational, emotional, moral, volitional character. Play and increasingly complex forms of communication contribute to significant changes in the communicative field. The arising arbitrariness of mental processes and behavior leads to a decrease in the proportion of spontaneous reactions to the situation, submission to motives mediated by moral norms of behavior.

E. Erickson's theory of epigenetic development shows that by the end of preschool age, three positive components are formed in the child's basic identity: basic confidence in the world, personal autonomy, and initiative based on persistence in achieving a goal [10]. M.I. According to Lisinaga, self-esteem and self-awareness are formed in a child through communication (first from situational-cognitive, and then outside situational-personal) comparison with the ideal model for adults. An equal being is a peer [11]. In the dissertation of I.V. Sushkova "Formation of the moral consciousness of 6-7 years old children in preschool education" notes that an emotionally positive attitude towards a preschooler is aimed at observing a positive moral standard [12]. In general, a functional sign of this stage of ontogenesis is the rapid development of mental, motivational, emotional, moral, volitional qualities in a child. Play and increasingly complex forms of communication contribute to significant changes in the communicative field. Arbitrariness arising in mental processes and behavior leads to a decrease in the proportion of spontaneous reactions to the situation, obedience to motives mediated by moral norms of behavior. Emotions play a special role in this, helping the child to anticipate the possible consequences of a particular goal (A.V. Zaporozhets called this "emotional imagination"). Indirect needs are associated with the phenomenon of "accepted intention" (LI Bozhovich), which is extremely important for the development of human moral relations. I.V. Sushkova rightly notes that "the emergence of voluntary behavior is necessary for the formation of individual moral consciousness, but not enough, since compliance with ethical requirements is associated, first of all, with the need for approval" [13]. L.I. According to Bozovic, one of the first motives for encouraging children to moral behavior is the approval of adults. In the future, the preschooler can act morally in accordance with his sense of duty in the embryonic period - this is the main moral motive [14]. Modern research determines the components that make up the motivational direction of the moral behavior of a preschooler: moral needs and motives, moral self-awareness and self-esteem, feelings and experiences, as well as social feelings [15].

Many studies describe the preschooler as sensitive to the emergence of socially based behaviors. L.S. According to Vygotsky, "internal moral states" arise at this age. Foreign researchers also consider this age to be the most favorable for the moral development of a child [16]. The fact that preschool education is a period of special openness to certain influences and an internal readiness to accept them is also I.V. Sushkova argues that preschoolers develop the ability to make moral choices based on the developing moral-evaluative activity of the mind, which, in turn, is associated with the need to confirm and recognize them [17]. O.V. Kunichenko uses the category "moral image" of a preschooler. This image contains ideas about their own moral qualities, capabilities, manifestations, personal attitude towards them and predetermines the child's desire to choose and perform moral work [18].

Thus, we see how important the formation of moral relations is, especially at preschool age, because it is during this period that it forms the basis of upbringing. Hence it follows that the formation of a child's moral relations should be considered as a separate section of education and as a part of any other part of education. Thus, we can conclude that the essence of the concept of "moral attitude" includes the educational process carried out by preschool age, the organic component as a systematizing factor in the organization of children's life should be a characteristic of moral relations here. 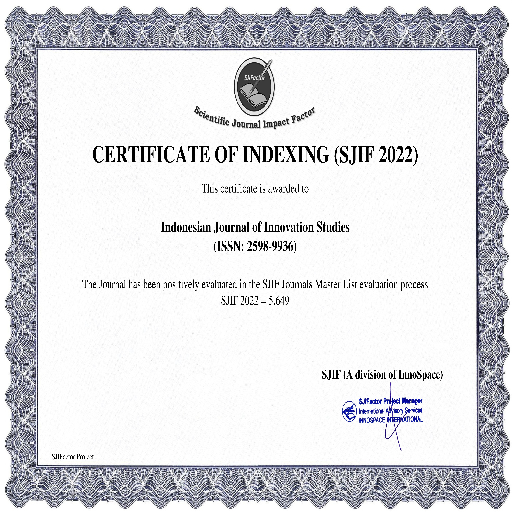